As of firmware R069cb BETA, Rules for home automation was included. The following section will help explain how to use the Rules UI and it includes examples of a couple of simple rules.
Note that the last two sections haven't been updated to reflect the UI changes made in R069cb compared to the older beta firmware that these instructions were originally written for. 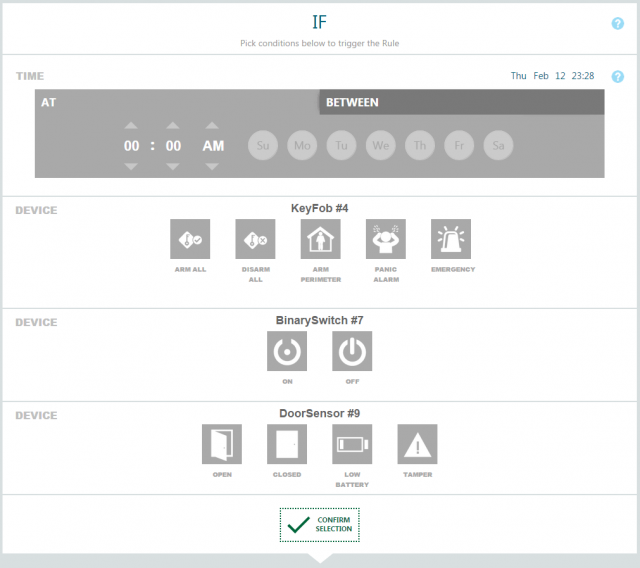 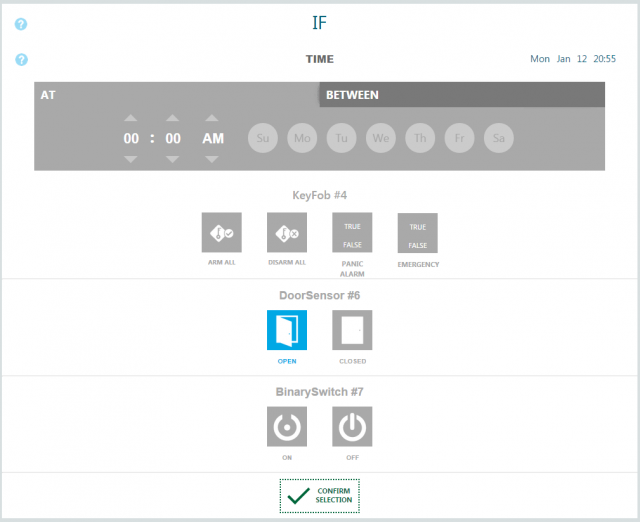 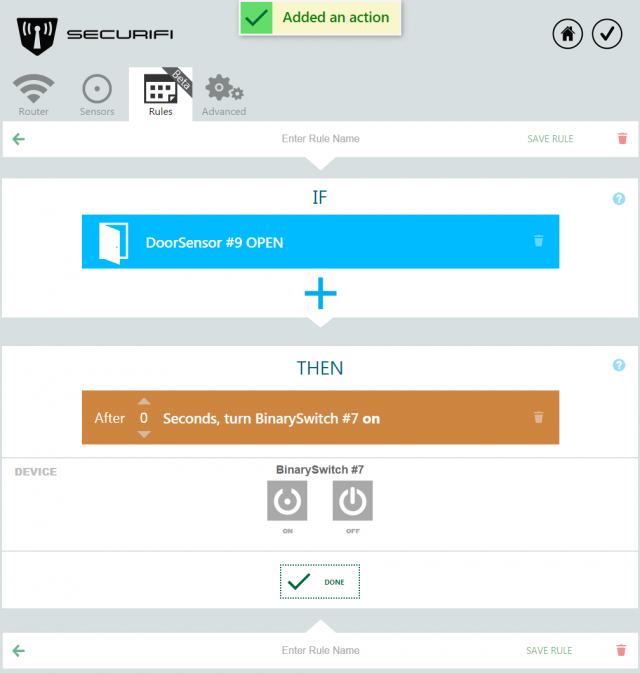 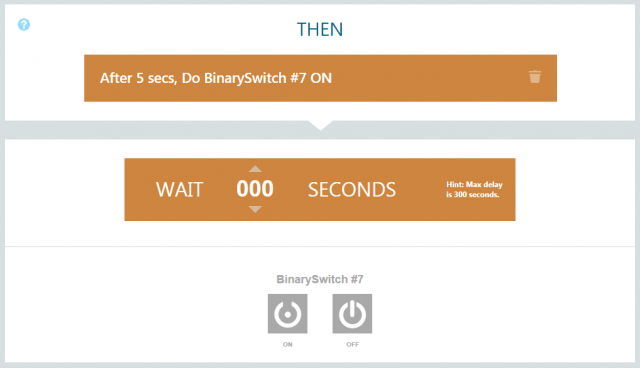 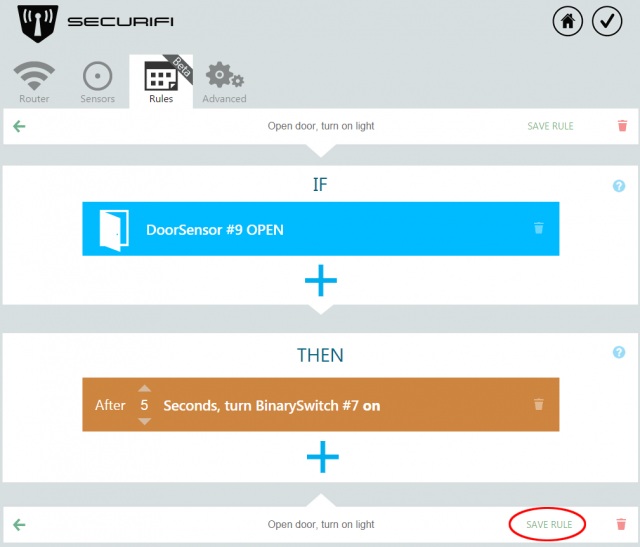 You can click on the ... symbol to see the triggers and actions performed by the rule. Note that currently this is only displaying true/false rather than say open/closed or on/off, but this will be addressed in a future firmware update. 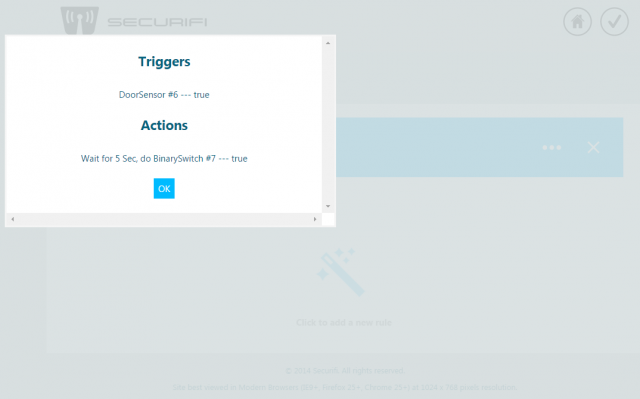 Clicking on the cross at the far right end of a rule will delete it. 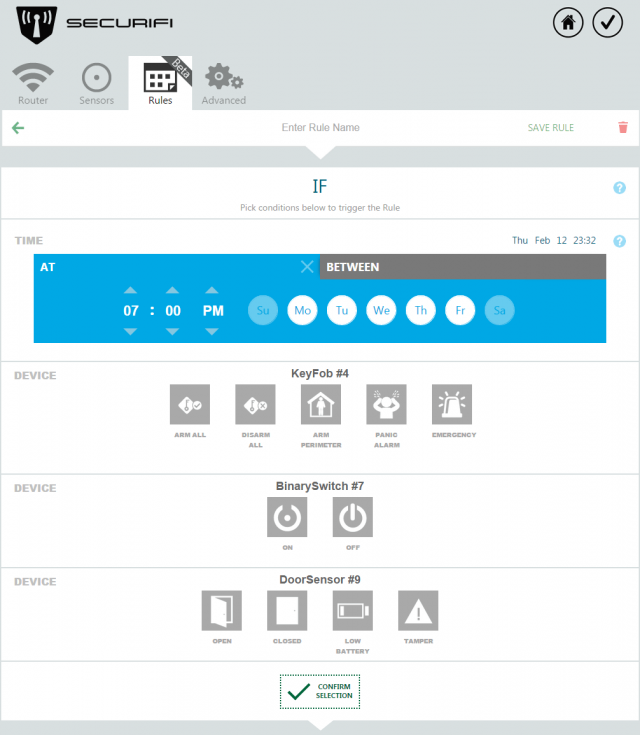 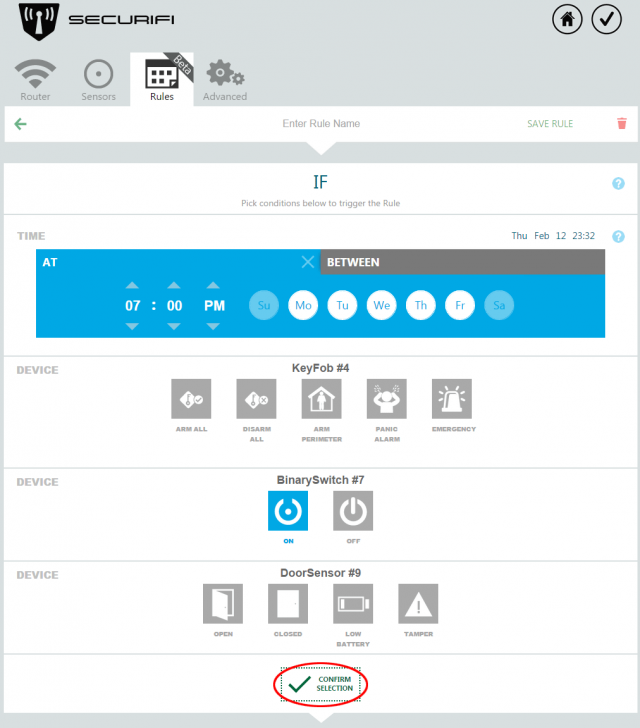 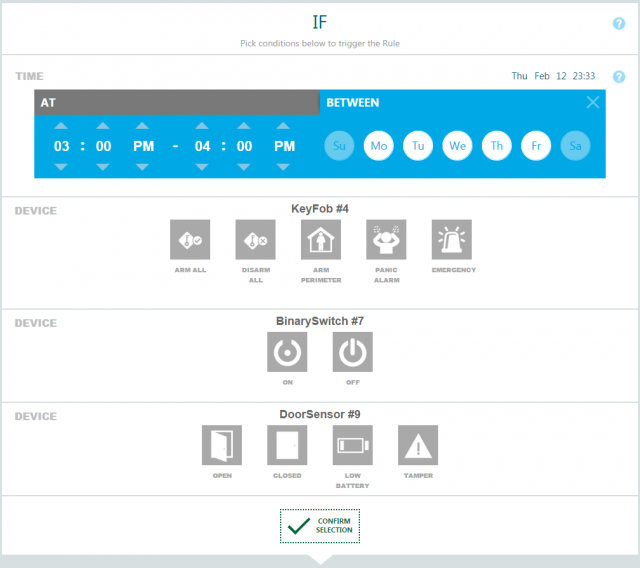 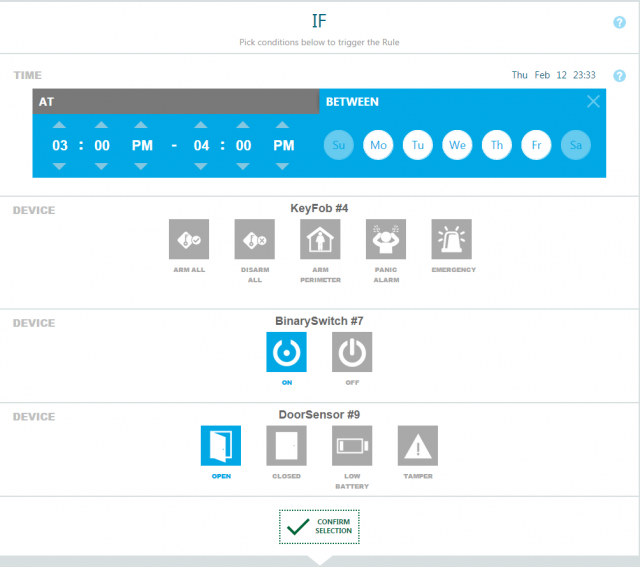 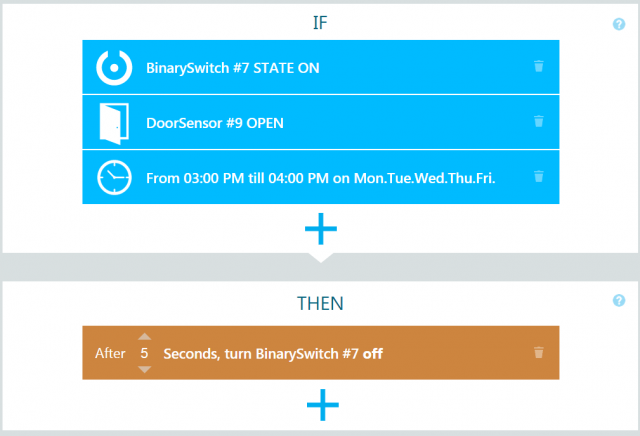 You can of course use longer periods of time in this case and you can of course combine this with the day of the week as well. Note that you can not do Between rules that go after midnight in R069cb, but this is something we're working on fixing.